Connect2Employment is a Specialist Disability Service Provider assisting people with an intellectual or learning disability to achieve their employment goals.

Our experienced team can assist with all aspects of employment assistance from resume creation and job searching through to ongoing, on-the-job support. 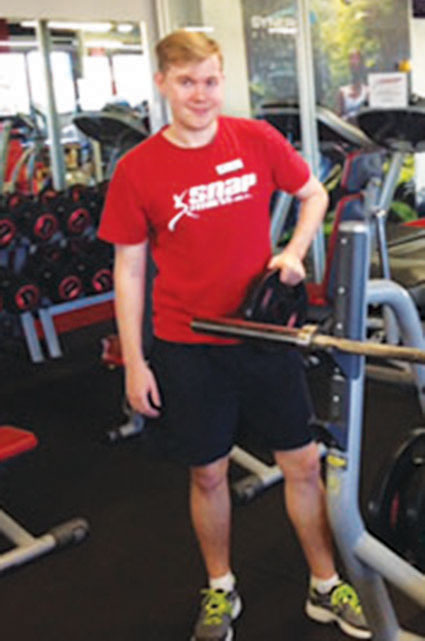 Connect2Employment offer tailored employment solutions for local employers. With more than 20 years experience as a Disability Employment Service Provider, the Connect2Employment team can assist with finding suitable candidates to fulfil your business needs.

Employers who give opportunities to people with a disability may be eligible for Australian Government incentives.

For more information about the Subsidies available to employers - click below. 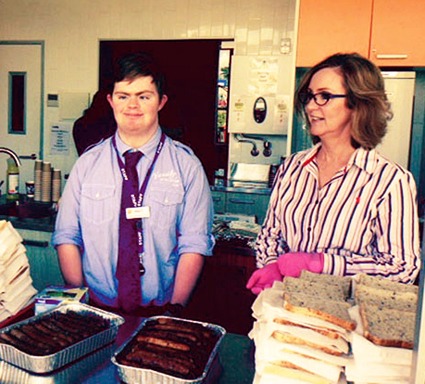 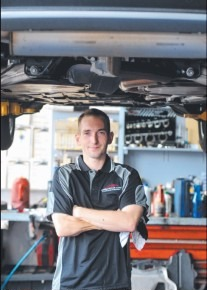 An accident which nearly took his life and which left him with terrible injuries to his right arm and legs. “The train hit me side on,” said Luke. “I landed on the track and the train ran over my legs. It dragged me for 100m and stopped on top of me. “I was trapped for about an hour-and-a-half and emergency services were thinking about removing my legs. Fortunately they didn’t, they were able to jack the train up to get me out.“I was in a coma for a month and had skin, muscle and bone grafts. Thanks to very good doctors I was able to keep my arm and my legs.”

After suffering such devastating injuries, then spending 8 months in hospital, another year wheelchair-bound, and teaching himself to become left-handed, a return to the workforce was never going to be an easy task. Luke tried a few different jobs in the intervening years but it took nearly a decade for him to find his way back into an automotive workshop. Last year, with the help of Connect2Employment, Luke was offered some work experience with Steve and Michael Georgas, owners of Absolute Car Care in Brisbane. It proved to be a rewarding few days. “I came in and did a couple of weeks with them and they offered me an apprenticeship. I am so grateful that they offered me the chance.” “We got a call to see if we could give Luke some work experience,” said Michael. “We were impressed with his attitude and the guts he was showing to cope with his disability and we offered him a job.“The main criteria when we bring someone on as a trainee is their attitude,” he added. “In this day and age it is hard to find people with the determination and the right attitude. To me that is paramount." 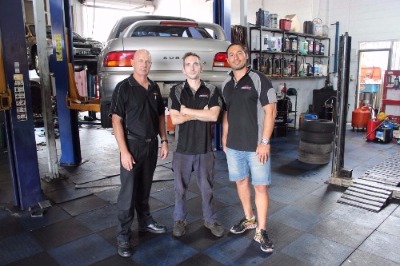 Luke’s injuries prevent him from working full-time and his apprenticeship will be taken part-time too, potentially extending out to 2021. “He’s going well,” said James Dixon, Luke’s trainer from the MTA Institute of Technology. “He does get quite tired and it will be tough for him, but he is a great kid and very determined. “He had his accident some years ago and a lot of things have changed since he was first doing an apprenticeship. What we have decided to do is to give him the workbooks, see how he goes and, if we can, we'll accelerate him through quicker on sections he completed in his previous apprenticeship.”

Luke will get every opportunity to work and learn on the job - Absolute Car Care is a busy firm. “We’ve been in business for 13 years and we have a loyal customer base of 2900 regulars,” said Michael. “To get through them in a year is hard. There’s never a day when the guys aren’t doing something." Luke is philosophical about what he can do and what his expectations should be. “I haven’t thought any further than finishing my apprenticeship. I just want to finish what I set out to do when I was 17,” he said. “I’ve always loved cars. That was all I could ever see myself doing. At the time of the accident I was working on my first car - a Nissan Bluebird TRX Series 3. I still have it. It’s sitting in the shed. I hope to finish it one day.” We have no doubt he will.
This article appeared in the ACPET NEWS EDITION 541, 17th February 2014. High Sun Nursery agreed to assist by providing the opportunity for Anita to undertake a work trial to see if she enjoyed the new routine. Anita had a lot of adjustment and change to deal with. After a downturn in business at Redlands Nursery, the Connect2Employment team went into overdrive to secure another job.

High Sun Nursery agreed to assist by providing the opportunity for Anita to undertake a work trial to see if she enjoyed the new routine. After so many years at Redlands Nursery, Anita had a lot of adjustment and change to deal with. But true to form Anita worked like a trouper and got the job done with a smile.

1996 – 2012 saw Anita Sutherland working at Redlands Nursery, where she learned many skills that she now uses today in her new job at High Sun Nursery. At Redlands Nursery, Anita received full on the job support whilst she learned how to pot up plants, transfer tissue cultures, fill trays, take plant cuttings, identify different weed species and correctly water delicate seedlings. Anita was also the unofficial mentor to many other people who worked there, teaching them the ropes and ensuring the business of plant growing went smoothly and effectively.

At High Sun, Anita’s job is to ensure all the cutting trays are filled correctly with potting medium which ensures all the seedlings that are planted grow consistently and precisely.

Today, Anita works without full support, receiving only drop in visits as she has gained independence and renewed confidence. Long time Coles employee Kate Alcorn recently starred in a short movie about her life, distributed by the Community Resource Unit and showing how she gained independence over the years with her daily living arrangements and her achievements in maintaining long term employment.

This film was shown recently at several open days and also showcased C2E’s support staff and has attracted the attention of the Anti Discrimination Unit who wishes to star Kate in a series of short infomercials which will be shown to employer groups.

Kate’s employer Coles, will be involved in filming which will be done in their store. Connect2Group will also be involved speaking about how we support Kate and how we approach employers to educate them about employing people living with a disability.

Recently Kate also won an award at Coles for great customer service and is shown here with her badge at work. 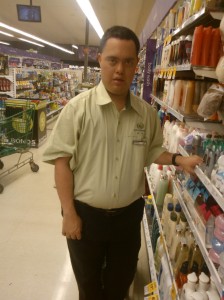 Mark commenced his employment with Woolworths at Alexandra Hills in 2003. The role Mark was employed to do was to keep the shelves well presented and to assist with the control of damaged stock. His role has progressed to now include keeping the staff tea room tidy and using the cardboard compactor.

Initially requiring full time, on the job support to complete his tasks, Mark is now being supported for one hour each fortnight – a great achievement! Being more independent in his workplace, Mark feels like he is a valued member of the Woolies Team and the broader community.

Where To Find Us

Register as a Job Seeker

Need help getting a job? Register your interest and one of our staff will contact you.